Membean is a Portland, Oregon based company, providing web based tools to help students excel at tests. We aim to bring evidence based, well researched instruction techniques out of learning labs and into everyday use. We passionately believe that there are better ways to learn, that time is valuable and the measure of what you learn is what you retain over the long term.

Ragav Satish RAH-ghav suh-TEESH Ragav has been building large scale software applications for over a decade. An information junkie at heart, with a voracious appetite for anything from elegant algorithms to the mating behavior of fire ants (don’t ask), he’s painfully aware of just how little of what we read is retained. He set out a few years ago to bridge the gap between theoretical memory research and practical, usable tools. Membean is a significant stage in that journey. Outside of work he’s known to spend time playing with locks or teaching robotics and computer applications to middle school kids.

Brett Brunner bret BROON-er Brett has been teaching Latin and English vocabulary for over twenty years. He spent eleven years at Saint Mary’s Hall in San Antonio, TX, where he presided as the chair of the Language Department, and taught Latin, etymology, philosophy, world history, and SAT verbal prep. In June of 2005, Brett was named Teen Ink’s Educator of the Year. In May of 2010 he was awarded the Golden Apple teaching award for Tandem Friends School in Charlottesville, VA, where he currently teaches Latin. Brett actively writes a Greek and Latin roots etymology blog. The character of Mr. Brunner in The Lightning Thief is based upon him. Brett also coaches soccer, has homeschooled his sons, and runs an organic sheep, chicken, and vegetable farm. He holds an M.A. in English from the University of Virginia.

Mark Oronzio mahrk o-RON-zee-o Mark has held executive level business development positions for 20 years. Most recently he served as Senior Vice President of Inspiration Software. Mark's success at Inspiration has positioned him as an expert in the education technology industry. He’s @MarkOronzio on Twitter. Mark's idea of fun is climbing rocks with no ropes or jumping off boats and staying submerged for long periods while playing tag with tiger sharks. He's a good guy to have on your side if you want to navigate the murky waters of the education bureaucracy.

Membean is a Made in Portland Company. 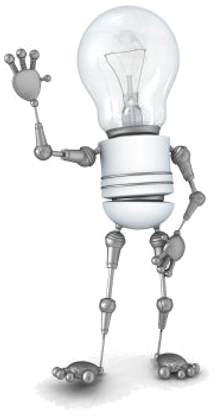