Camaraderie is a feeling of friendship and trust among a group of people who have usually known each over a long period of time.

If you are contrite, you are very sorry or ashamed that you have done something bad.

Draconian rules and laws are extremely strict and harsh.

If you inveigh against something, you criticize it very strongly.

Jingoism is excessive nationalism, including the strong belief that your country is better than other countries.

Someone who is litigious tends to quarrel with other people quite a bit, and is the type of person to bring lawsuits upon others.

Someone who acts in an ornery way is mean, cranky, or highly irritable.

A pejorative word, phrase, or expression expresses a bad opinion of someone or something.

To act in a pugnacious manner is to act in a combative and aggressive way.

Someone who is sullen possesses an ill humor, and so is generally gloomily silent and brooding much of the time.

Old European tales are filled with truculent, bullying, and aggressive characters who argue a great deal. Who could forget the grumpy, bad-tempered, and truculent troll who jealously guarded the passage across his stone bridge in “The Three Billy Goats Gruff?” Also memorable is the savage, hostile, truculent giant in “Jack and the Beanstalk” who chases Jack down from his castle in the sky, swinging his club in violent anger.

Quiz: Try again! When is someone truculent?

Violent Truck Imagine truculent Chuck as a violent truck and you'll understand why he's a bully of students and teachers alike.

A truculent person is “full of savagery” or “rich in ferocity.”

Are You Being Served Mrs. Slocum is certainly truculent! 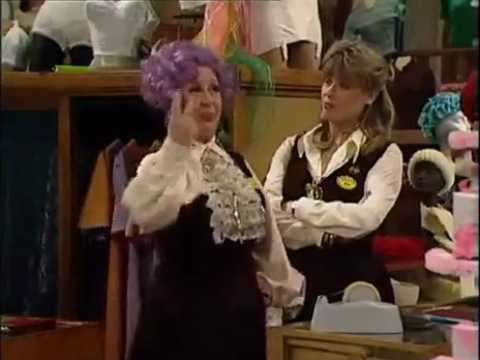 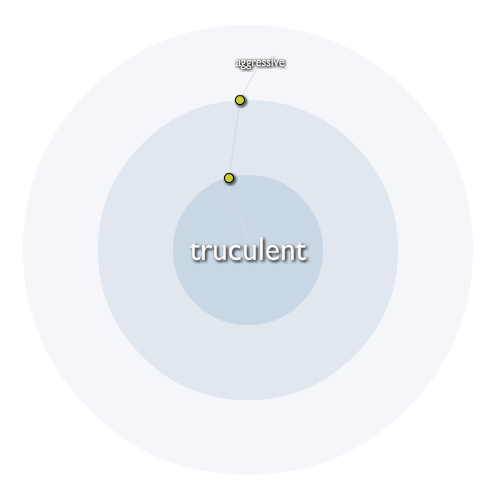