If you are experiencing felicity about something, you are very happy about it.

People who are wistful are rather sad because they want something but know that they cannot have it, especially something that they used to have in the past.

When she saw the new car in the driveway, Ginny jumped in rapturous or highly delighted glee. Her generous father’s surprise sent her into a rapturous fit of gratitude and extreme happiness. Ginny’s rapture and great joy lasted for months as she zipped around town in the red, shiny sports car.

Quiz: Try again! What does it mean when someone is rapturous?

Rap to This When Dre Dog got on stage rapping with his unique blend of high energy and raw lyrics, the crowd broke out in rapture.

When one is rapturous, one has been “snatched, grabbed, or seized” with extremely pleasant feelings. 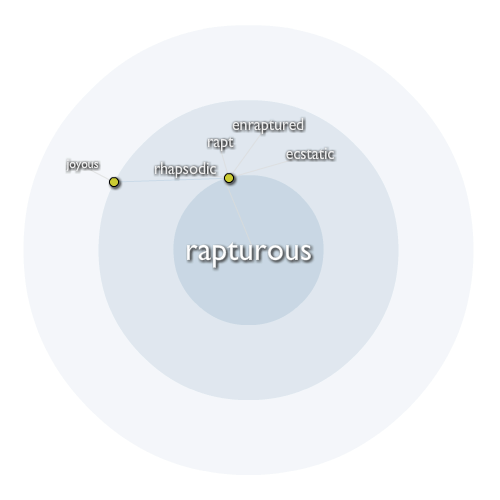