When you allude to something or someone, often events or characters from literature or history, you refer to them in an indirect way.

If a word or behavior connotes something, it suggests an additional idea or emotion that is not part of its original literal meaning.

If a word denotes something, it designates, signifies, or means the exact thing that it is—and no more.

If you evince particular feelings, qualities, or attitudes, you show them, often clearly.

If you use words in a figurative way, they have an abstract or symbolic meaning beyond their literal interpretation.

A gamut is a complete range of things of a particular type or the full extent of possibilities of some experience or action.

A gradation is a series of successive small differences or changes in something that add up to an overall major change; this word can also refer to a degree or step in that series of changes.

If someone makes an insinuation, they say something bad or unpleasant in a sly and indirect way.

A platitude is an unoriginal statement that has been used so many times that it is considered almost meaningless and pointless, even though it is presented as important.

The word semantic is used to describe that which pertains to meaning, especially the meaning of words and phrases.

If you refer to something as a trifle, you mean that it is of little or no importance or value.

Marcello could tell by the slight change or nuance in Maxine’s tone of voice that she was annoyed with him. She usually kissed his cheek warmly when he helped her with her coat, but tonight Maxine pecked his cheek with a little less warmth than usual, an uncharacteristic nuance or shift. Maxine had a slight edge in her voice as they chatted over dinner; Marcello realized that this small difference or nuance in her tone must mean something, but he just couldn’t figure out what. Her social nuances or implied shades of meaning this evening were just too fine to understand.

Quiz: Try again! What is an example of a nuance?

New Stance Each time that Jayme reread the poem, she discovered yet another subtle nuance that gave the deeply layered poem yet another expressive new stance, adding to its already profound meaning.

As “clouds” create “shade,” so too does a nuance indicate a subtle “shade” of meaning.

Star Trek The Next Generation Data assures her that the nuances she is worrying about were far from obvious. 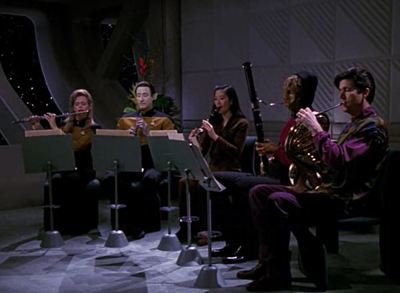 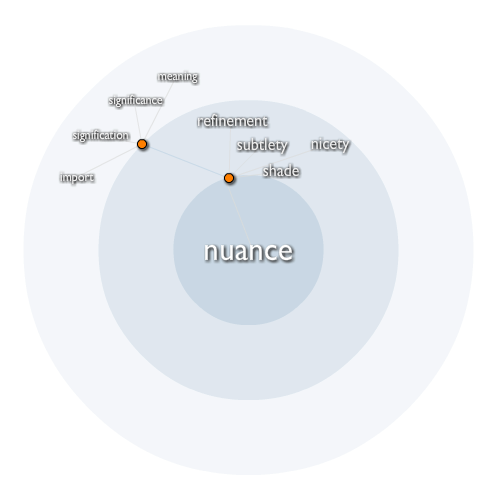