A coalition is a temporary union of different political or social groups that agrees to work together to achieve a shared aim.

A compilation is a gathering together of various different things gathered from many different sources.

If you concatenate two or more things, you join them together by linking them one after the other.

When you concoct something, such as a recipe, you create it or mix ingredients together in a new way.

When you can differentiate between the people around you, you are able to distinguish or see the differences between them.

A diverse group is made up of various and different things.

A farrago is a confused collection or mixture of different types of things.

A heterogeneous grouping is made up of many differing or unlike parts.

When you integrate things, you bring them together so that they fit as a whole.

A melange is a collection of different kinds of things.

A collection of things is motley if its parts are so different that they do not seem to belong in the same space; groups of widely variegated people can also be described as motley.

A pastiche is a piece of writing, music, or film, etc. that is deliberately made in the style of other works; it can also use a variety of such copied material in order to laugh in a gentle way at those works.

A smorgasbord is a wide variety of things, generally but not always pertaining to a sizable buffet.

Sundry people or things are all different from each other and cannot form a single group; nevertheless, they can be thought of as being together for the sake of ease, such as the various items in a garage.

The musical medley or varied selection of songs played pleasantly over the loudspeaker at Fred’s Costume Shop. In honor of the theater, Fred played music from many Broadway shows to accompany his medley or assorted collection of odd and brightly designed costumes. That evening, an excited bunch of young customers came to buy a medley or random variety of props and paints for their Halloween party.

Quiz: Try again! What is an example of a medley?

Melody Medley I have a favorite medley of melodies that I like to play whenever I work out in the gym--my melody medley keeps me really pumped.

A medley of something is a “body, group, or collection” that is “blended, mingled, or mixed.” 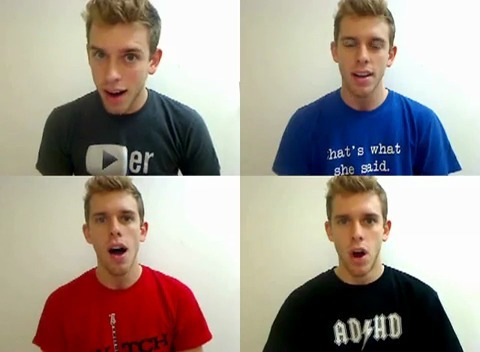 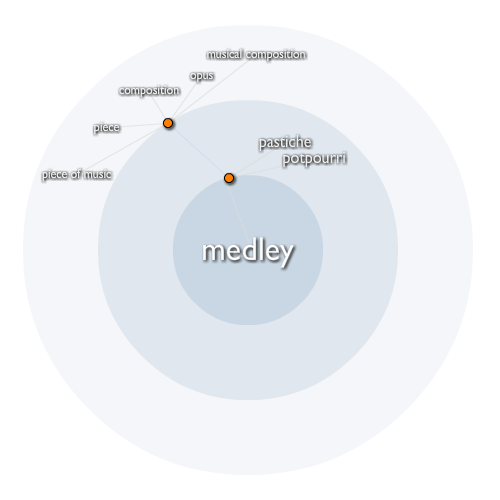