When you absolve someone, you publicly and formally say that they are not guilty or responsible for any wrongdoing.

When you arraign someone, you make them come to court and answer criminal charges made against them.

If you demur, you delay in doing or mildly object to something because you don’t really want to do it.

A felonious act is a serious criminal offense, such as violent crime, driving while under the influence, or armed robbery.

If you perpetrate something, you commit a crime or do some other bad thing for which you are responsible.

If someone transgresses something, he violates a boundary or limit, such as rules of social behavior or moral principles.

If you say someone’s behavior is unseemly, you disapprove of it because it is not in good taste or not suitable for a particular situation.

The dean of the public university was placed on paid leave in response to some mysterious, illegal act or malfeasance. No one is sure exactly what happened, but it is assumed that he’s guilty of some sort of misconduct or malfeasance. Once the dean is brought to trial for his malfeasance we may learn about his wrongdoing, but we’ll have to wait until that point.

Quiz: Try again! Who is likely to engage in malfeasance?

Maul Not a Pleasant Force Would you consider the chief librarian taking a maul and using unpleasant force to break all the library's windows an act of malfeasance?

An act of malfeasance is the “state or condition of the doing of something bad.”

The Office Someone is caught in an act of pretty minor business malfeasance. 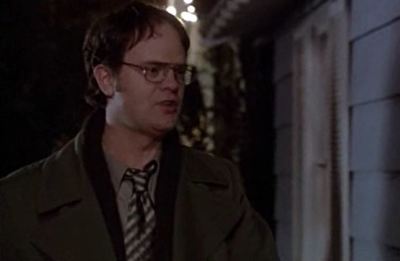 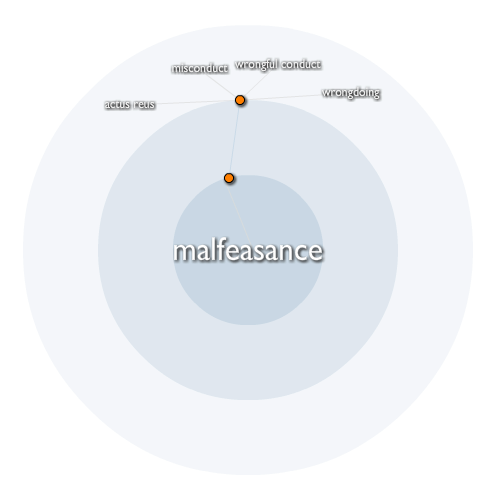