If you use words in a figurative way, they have an abstract or symbolic meaning beyond their literal interpretation.

A malapropism is an unintentional and usually humorous mistake you make when you use a word that sounds similar to the word you actually intended to use but means something completely different.

Someone who behaves in a prodigal way spends a lot of money and/or time carelessly and wastefully with no concern for the future.

A qualified statement has been limited, restricted, or modified in some way.

If you say that one thing is a travesty of a second thing, you mean that the first is an extremely bad, crude, or absurd version of the second.

Tropes are expressions, phrases, or words that writers use as a clever method for expressing everyday ideas in a nonliteral and creative way.

Advertising companies often engage in false and flowery hyperbole or exaggeration. One ad that uses gross distortion or hyperbole suggests that a type of shampoo can make one’s hair shine as brightly as the sun itself! Overstatement via the use of hyperbole is so prevalent in the ad industry that consumers have become wise to the fact that they shouldn’t believe everything they hear about advertised products.

Quiz: Try again! What is hyperbole?

Bowling Hype "Hey, James, have you heard the hype about the new bowling ball? The hype says that the bowling ball will not only help you get a strike every time, but that its shiny reflection will make you so attractive that you'll have women all over you! Isn't that awesome?" I couldn't believe that my friend actually believed the hyperbole about the bowling ball ... what ridiculous hype.

The use of hyperbole is a “throwing” of words “over or above” the reality of a situation. 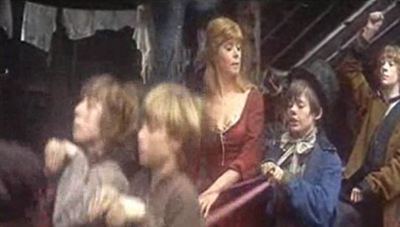