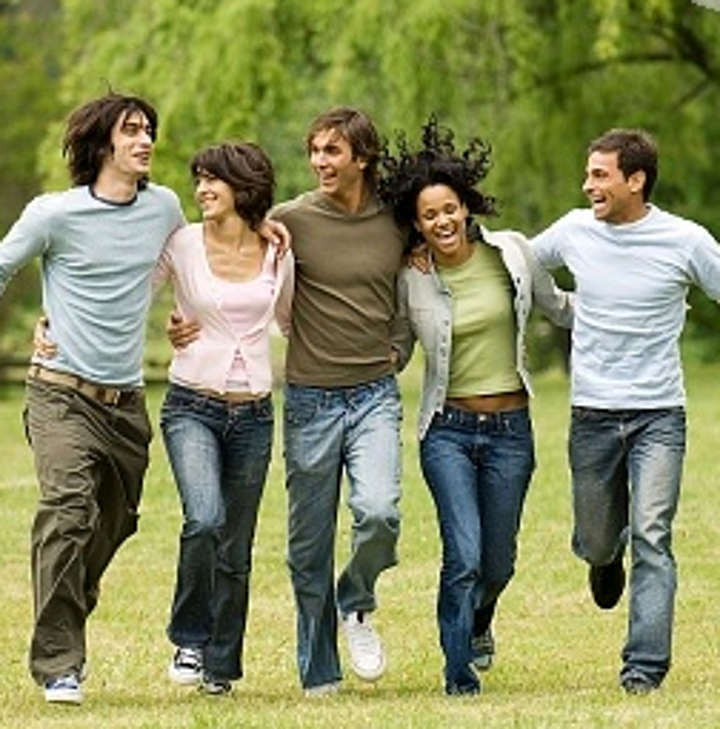 A clique is a group of people that spends a lot of time together and tends to be unfriendly towards people who are not part of the group.

To cloister someone is to remove and isolate them from the rest of the world.

To convene people is to call them together for a meeting; it is also when the people come together for the meeting.

An enclave is a small area within a larger area of a city or country in which people of a different nationality or culture live.

A forlorn person is lonely because they have been abandoned; a forlorn home has been deserted.

A garrulous person talks a lot, especially about unimportant things.

If you are incommunicado, you are out of touch, unable to be communicated with, or in an isolated situation.

An introvert is someone who primarily prefers being by themselves instead of hanging out with others socially; nevertheless, they still enjoy spending time with friends.

A person who is being laconic uses very few words to say something.

Someone who is loquacious talks too much.

Seclusion is the act of someone’s being closed off from society as a whole by moving into isolation or solitude.

A voluble person can speak easily and their speech flows; voluble people also tend to be quite chatty.

The gregarious, outgoing musician loved to talk to his audience after a performance. He shook hands, laughed, met old friends, and generally behaved in a friendly, welcoming, and gregarious way. His social or gregarious nature was well-known and drew more people to hear the music. Music lovers admired the skill of his performance on stage, but they also enjoyed his kind, sociable, and gregarious welcome face to face.

Quiz: Try again! When is someone gregarious?

A gregarious person is highly social because he “has the nature” of “flocking” with others. 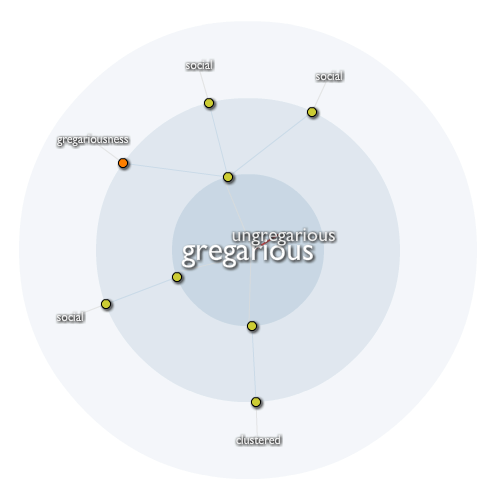