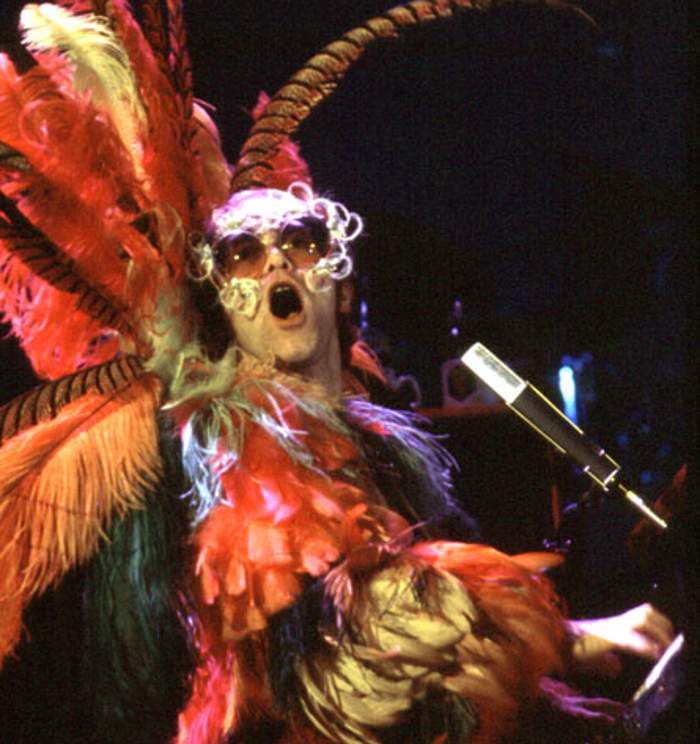 Something that is effulgent is very bright and radiates light.

An extravaganza is an elaborate production or spectacular display that is meant to entertain, often in an excessive fashion.

Something garish is very bright and colorful but in an ugly, cheap, and showy way.

When you do something in a grandiose way, it is very showy, impressive, and magnificent.

An ornate object is heavily or excessively decorated with complicated shapes and patterns.

When you do something with pizzazz you do it with style, flair, and energy.

The conservative math professor surprised his colleagues by coming to work in a flamboyant, eye-catching, and bold chicken costume. Since there was no obvious reason for the professor’s flamboyant, showy dress, or for his energetic squawking through the hallways, folks assumed that something was wrong. Dr. Fowl’s flamboyant, colorful behavior was the result of losing a bet. He had guessed wrongly on the college team’s win and had to wear the mascot costume as payment.

Quiz: Try again! If a performer is described as flamboyant, what are they?

Flaming Giant Boy "What a flamboyant costume Humperdink was wearing! He dressed up as a giant boy, and then set himself on fire--you should have seen that flamboyant flaming giant boy!"

When something is flamboyant it is so “showy” that it almost seems like it is “on fire” or “flaming” because it is so noticeable. 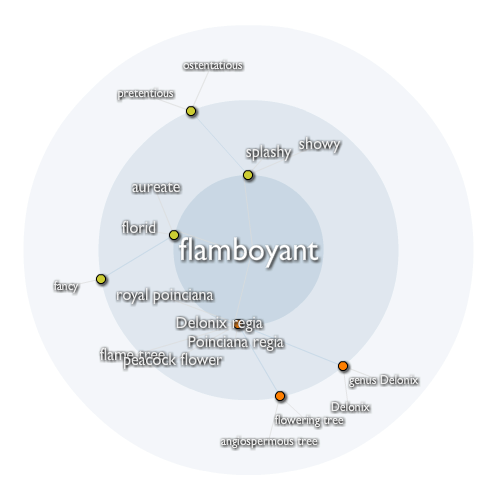