The apogee of something is its highest or greatest point, especially in reference to a culture or career.

The best or perfect example of something is its apotheosis; likewise, this word can be used to indicate the best or highest point in someone’s life or job.

An archetype is a perfect or typical example of something because it has the most important qualities that belong to that type of thing; it can also describe essential qualities common to a particular class of things.

An authoritative opinion is one that is convincing, accurate, reliable, and backed by leading experts.

A definitive opinion on an issue cannot be challenged; therefore, it is the final word or the most authoritative pronouncement on that issue.

A dilettante is someone who frequently pursues an interest in a subject; nevertheless, they never spend the time and effort to study it thoroughly enough to master it.

An embodiment of something, such as a quality or idea, is a visible representation or concrete expression of it.

If you emulate someone, you try to behave the same way they do because you admire them a great deal.

An exemplar is a model, pattern, or best example worthy of being copied or imitated.

Something that exemplifies something else serves as an example of it, illustrates it, or demonstrates it.

A fledgling business endeavor is just beginning or developing.

The nadir of a situation is its lowest point.

If something is obsolescent, it is slowly becoming no longer needed because something newer or more effective has been invented.

A paradigm is a model or example of something that shows how something works or how it can be produced.

When you personify something, such as a quality, you are the perfect example of it.

If someone reaches a pinnacle of something—such as a career or mountain—they have arrived at the highest point of it.

Something that is vintage is first-rate and of excellent quality; it is often of a past time and is a classic representative of its kind.

Theo is the epitome or perfect example of kindness; everyone adores him for the thoughtful and generous way he treats his friends. Nobody can quite believe how nice he is, especially considering that his father Tad is the epitome or best example of a spoiled, rich person. Tad seems to believe that he is the epitome of or last word in being “cool,” but he’s really just a thoughtless jerk. It’s good that Theo is redefining the family name as the epitome or essence of goodness.

Quiz: Try again! What is the epitome of something?

A Pie To Me When she gave that sweet pie to me it was the epitome of joy.

An epitome is a representative or characteristic “cutting or slice near” the essence or best example of a group of people.

Parks and Recreation The epitome of a desk for the head of a department. 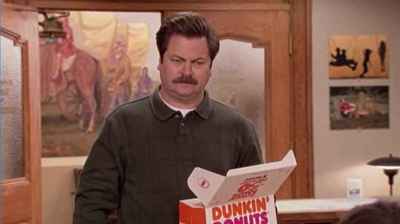 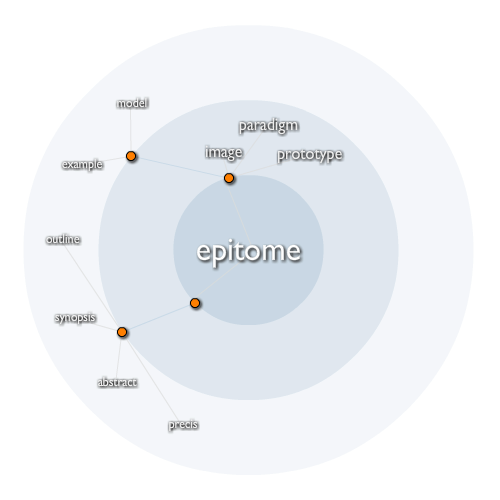