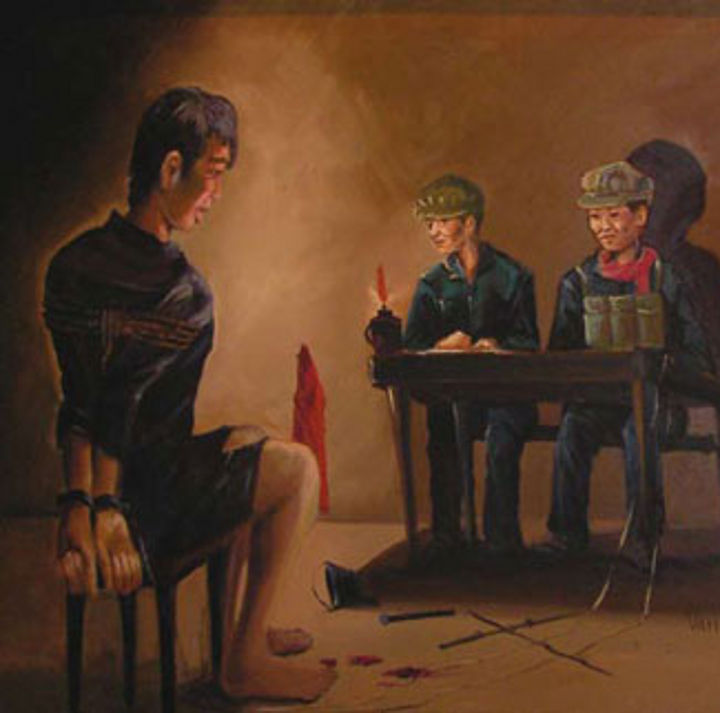 When you abscond, you leave suddenly from a place that has imprisoned or persecuted you, or you leave from a place with something that doesn’t belong to you.

You accost a stranger when you move towards them and speak in an unpleasant or threatening way.

A bastion is considered an important and effective defense of a way of life or principle; a bastion can also refer to a heavily fortified place, such as a castle.

When you beleaguer someone, you act with the intent to annoy or harass that person repeatedly until they finally give you what you want.

When you buttress an argument, idea, or even a building, you make it stronger by providing support.

You coerce people when you force them to do something that they don’t want to do.

When you are constrained, you are forced to do something or are kept from doing it.

If something encumbers you, it makes it difficult for you to move freely or do what you want.

When you extort something from someone, such as money or goods, you force him to give it to you by means of threats or intimidation.

When one nation extradites someone, it hands them over into the custody of a second nation, usually to stand trial for crimes committed against that second nation.

If you incarcerate someone, you put them in prison.

If you are oppressed by someone or something, you are beaten down, troubled, or burdened by them or it.

If someone is pilloried, they are publicly criticized or ridiculed by a lot of people, especially in the media.

If governments, companies, or other institutions retrench, they reduce costs and/or decrease the amount that they spend in order to save money.

When you stifle someone’s creativity or inner drive, you prevent it from being expressed.

If someone subjugates a group of people or country, they conquer and bring it under control by force.

A subpoena is an official summons or order to appear in court or to submit evidence in the form of documents to a court.

When something is suppressed, it is blocked from occurring or kept in check in some way.

The boys finally admitted that they’d been at the scene of the crime; their confession came unwillingly under the duress of many hours of police interrogation. They claimed they’d been part of the robbery, but had been forced into it under duress, since they’d been threatened by the actual robbers. The judge believed that they were good kids who wouldn’t do wrong unless they were the victims of extreme threat or duress.

Quiz: Try again! What does it mean to do something under duress?

Endure the Stress "I can't endure the stress! The pressure of duress is killing me! OK, OK, OK ... I'll eat your fruitcake! AAAAAAHHHHHHHHHHH ..."

Duress is the application of “hardness” or “harshness” when one is trying to forcefully get someone to do something. 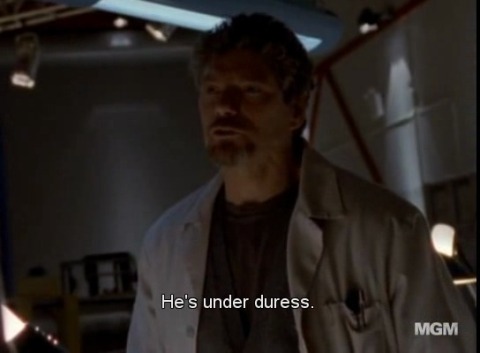 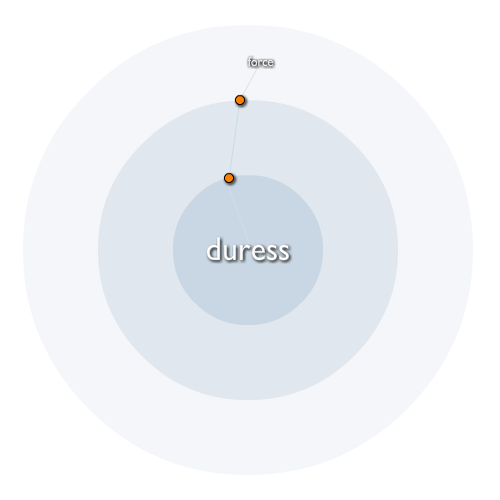