Something that is amorphous has no clear shape, boundaries, or structure.

A state of anarchy occurs when there is no organization or order in a nation or country, especially when no effective government exists.

A cataclysm is a violent, sudden event that causes great change and/or harm.

A cohesive argument sticks together, working as a consistent, unified whole.

When you coordinate a large event, you organize or bring all the many parts of it together so that the event can occur.

If an idea, plan, or attitude is inchoate, it is vague and imperfectly formed because it is just starting to develop.

An insurrection is a rebellion or open uprising against an established form of government.

Nihilism is the belief that nothing in life has any importance or value, including all social institutions, and that existence is senseless or useless.

When you orient yourself to your current surroundings, you familiarize yourself with them or adjust to them.

To ramble is to wander about leisurely, with no specific destination in mind; to ramble while speaking is to talk with no particular aim or point intended.

If something bad, such as crime or disease, is rampant, there is a lot of it—and it is increasing in a way that is difficult to control.

A rubric is a set of instructions at the beginning of a document, such as an examination or term paper, that is usually printed in a different style so as to highlight its importance.

Sedition is the act of encouraging people to disobey and oppose the government currently in power.

A tenet is a belief held by a group, organization, or person.

A touchstone is the standard or best example by which the value or quality of something else is judged.

The rock concert, instead of running smoothly, was chaotic and disorderly from the beginning. The chaotic or messed-up state began when the opening act canceled at the last minute, and the main band refused to play early. Next lightning crashed and the lights went out, causing a chaotic, uncontrolled response—everyone was scrambling for the exits. When the police arrived to try to reinstate some order, a rumor spread that there had been a bomb threat, which made things even more chaotic, crazy, and rowdy.

Quiz: Try again! What is a chaotic situation?

Chap Neurotic That chap is so neurotic because he lives a chaotic, messed-up life.

Something chaotic hearkens to the extreme disorder found in “infinite space.” According to some systems of thought, from this “darkness,” viewed as disorderly or “chaotic” because there is nothing of recognizable form, came all things that do have form, hence some order to them. 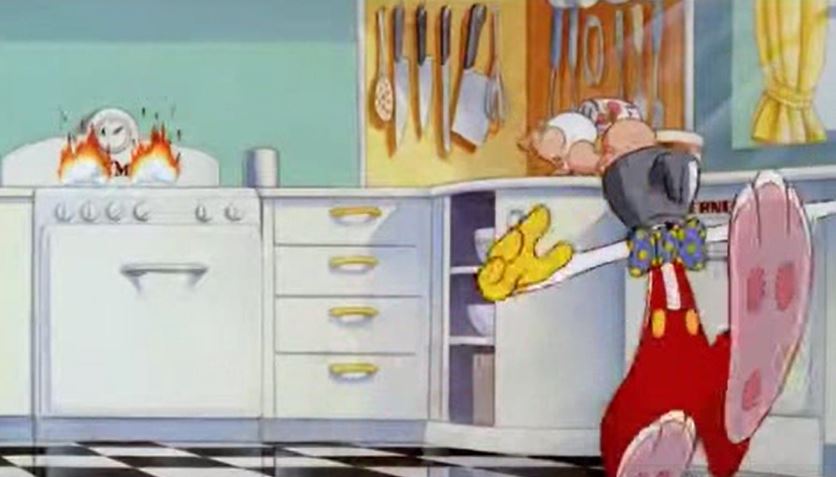 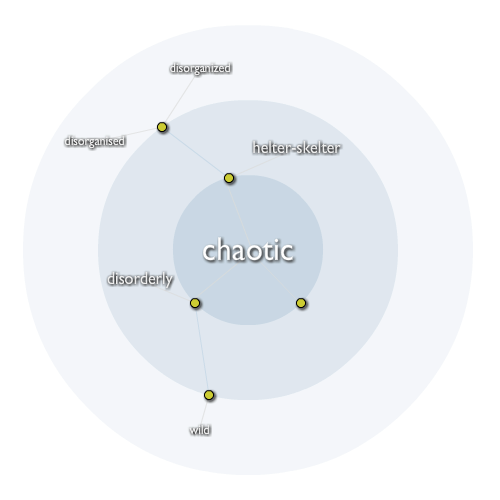