You allay someone’s fear or concern by making them feel less afraid or worried.

If you alleviate pain or suffering, you make it less intense or severe.

An anodyne is a medicine that soothes or relieves pain.

If you condole with someone, you express sympathy or sorrow, usually on the death of someone dear.

If there are extenuating circumstances in a questionable situation, you feel that it was reasonable for someone to break the usual rules; therefore, you partly excuse and sympathize with their wrongdoing.

An incendiary device causes objects to catch on fire; incendiary comments can cause riots to flare up.

When you incite someone to do something, you encourage, urge, or highly persuade them to do it.

If someone has an insatiable desire for something she always wants more of it and never feels that she has enough.

When you instigate something, you start it or stir it up, usually for the purpose of causing trouble of some kind.

A palliative action makes a bad situation seem better; nevertheless, it does not actually solve the problem.

A panacea is something that people think will solve all problems and make everything better.

To propitiate another is to calm or soothe them; it is often giving someone what they want so that everyone is happy.

To quell something is to stamp out, quiet, or overcome it.

If you describe a person’s behavior as rapacious, you disapprove of them because they always want more money, goods, or possessions than they really need.

If you are ravenous, you are extremely hungry.

If something, such as food or drink, satiates you, it satisfies your need or desire so completely that you often feel that you have had too much.

When you slake your thirst you relieve or satisfy it by drinking enough fluid.

When something whets your appetite, it increases your desire for it, especially by giving you a little idea or pleasing hint of what it is like.

In an effort to assuage the pain of a broken heart after his long-term girlfriend left him, Jim spent a lot of extra time at work. While the piling up of projects on his desk momentarily distracted him from his wounded feelings, in time nothing Jim did seemed to assuage or relieve the loss of Carla. Jim’s friends often took him out to eat and watch soccer in order to assuage his depressed mood, but even that didn’t help to ease his grief. Not even time could assuage or lighten the loss of Carla, who had been the love of his life.

Quiz: Try again! What does it mean when you assuage a hurt?

Wonder Drug Assuages Sue's Age Sue had a real problem with her advancing age, so she tried a new anti-wrinkle cream that thankfully cleared away the lines on her face, which helped to assuage her fears of looking older than she felt.

When you assuage bitter feelings, you move them “towards” something “sweeter.”

ABC This Week The Egyptian government must take measures to assuage its demonstrating people. 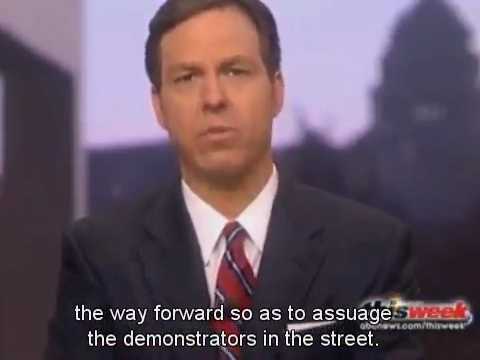 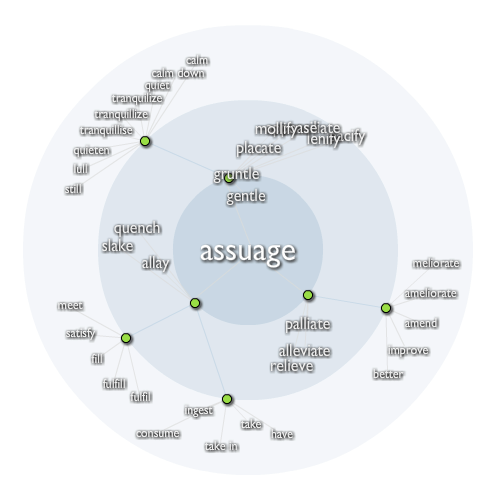