If you desecrate something that is considered holy or very special, you deliberately spoil or damage it.

If you extol something or someone, you praise it or them very enthusiastically.

When someone is lionized, they are treated as being very important or famous—although they may not deserve to be.

If something plummets, it falls down from a high position very quickly; for example, a piano can plummet from a window and a stock value can plummet during a market crash.

If something is requisite for a purpose, it is needed, appropriate, or necessary for that specific purpose.

When you are stultified by something, you lose interest in it because it is dull, boring, or time-consuming.

To taint is to give an undesirable quality that damages a person’s reputation or otherwise spoils something.

If someone vitiates something, they make it less effective, weaker, or reduced in quality.

Having a miserable bout of the flu on her birthday was an abysmal occurrence for Olivia. Not only did Olivia feel truly ill, but she also felt abysmally and completely sad since she knew her friends were planning a surprise party. Sitting on her couch with a cup of herbal tea and a box of tissues, she considered the deep, dark abyss or deep pit of her foul mood. There seemed no way to brighten her abysmal and extremely poor outlook on this disappointing birthday.

Quiz: Try again! What is an abysmal play performance?

Abysmal and Dismal Both abysmal and dismal--what could be worse than that?

An abysmal mood is so dark and depressing that it seems “without a bottom.”

Scrubs This doctor's explanation of how to recognize a heart murmur was apparently abysmal. 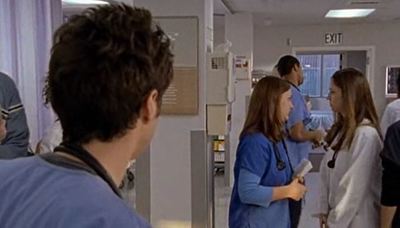 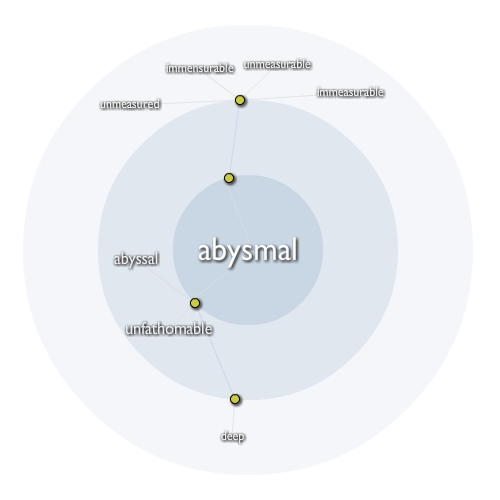