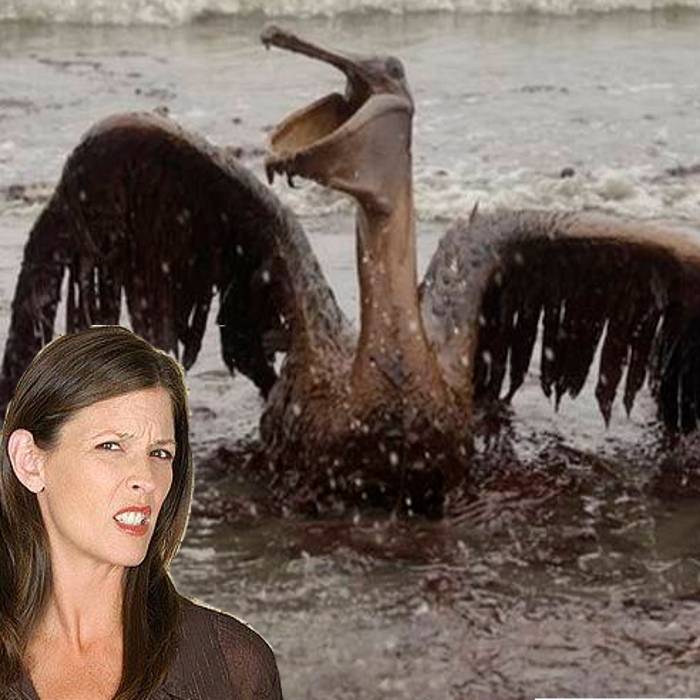 If you abhor something, you dislike it very much, usually because you think it’s immoral.

When you advocate a plan or action, you publicly push for implementing it.

If something is anathema to you, such as a cursed object or idea, you very strongly dislike it or even hate it.

An aspersion is an unkind remark or unfair judgment attacking someone’s character or reputation.

If you besmirch someone, you spoil their good reputation by saying bad things about them, usually things that you know are not true.

Calumny consists of untrue or unfair statements about someone expressly made to hurt their reputation.

Mass carnage is the massacre or slaughter of many people at one time, usually in battle or from an unusually intense natural disaster.

To coddle someone is to offer too much protection from harm or difficult experiences.

To corroborate something that has been said or reported means to give information or evidence that further supports it.

If someone is cosseted, it means that he is given a lot of care and attention to protect him from anything unpleasant.

To defile something holy or important is to do something to it or say something about it that is highly offensive to others.

If you denigrate something, you criticize or speak ill of it in a way that shows you think it has little to no value at all.

If you disparage someone or something, you say unpleasant words that show you have no respect for that person or thing.

An encomium strongly praises someone or something via oral or written communication.

When you execrate someone, you curse them to show your intense dislike or hatred of them.

When you pay homage to another person, you show great admiration, respect, or even worship towards them.

When someone is lionized, they are treated as being very important or famous—although they may not deserve to be.

A panegyric is a speech or article that praises someone or something a lot.

When you are reverent, you show a great deal of respect, admiration, or even awe for someone or something.

If something is reviled, it is intensely hated and criticized.

When you experience revulsion, you feel a great deal of disgust or extreme dislike for something.

If you vilify people, you write or say bad things about them in an attempt to make them unpopular.

As a schoolteacher and school dean, Bruce abominated the unjust actions of bullies. Their cruelty and manipulation of those weaker than themselves were an abomination in a place of learning, where students should feel safe and comfortable. Bruce abominated the way in which the bullies ganged up on selected victims and behaved in extremely mean and abominable ways.

Bomb it! Willie's work was so a"bomb"inable that his boss fired him within a week after being hired.

The idea here is of an unfavorable omen or bad sign about the future; when the omen is away or prophetic sign is from what one wishes, one strongly dislikes what it predicts, thus one abominates it.

The Simpsons Lisa is appalled by this abomination. 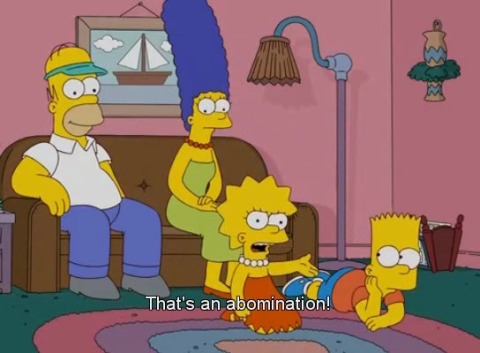 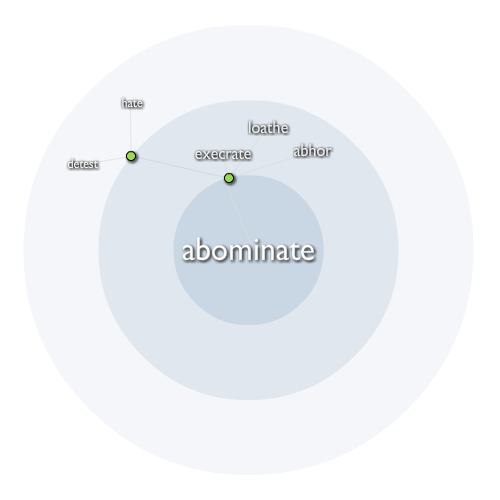